FITNESS; When Mothering Is a Pain in the Wrist | Dr. Catalano Talks to The New York Times

Published on February 28, 2020 by Ortho Manhattan 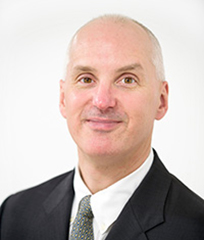 The New York Times shares the story of mother Cynthia Frey, and the mysterious pain in her wrist that started about a week after she gave birth to her son, Jack.

”It was a shooting pain from my thumb up my wrist and it was constant,” recalled Mrs. Frey, 34, from Manhattan. After several visits to her doctor and weeks of taking Motrin to no avail, Mrs. Frey consulted a hand specialist, Dr. Louis Catalano III. The doctor took one look and said, ”I know what it is, I see women like this all the time.”

She had DeQuervain’s Tendonitis, a painful condition caused by inflammation of the tendons in the thumb. So common is the condition among women who have recently given birth that it is sometimes called ”new mom’s syndrome.”

In Mrs. Frey’s case, as with so many new mothers, and a few new dads, the ”repetitive lifting” was the everyday act of picking up her baby.

”When you’re scooping your child up, after you get fatigued you tend to let your wrists drop to the ground,” Dr. Catalano said, ”and when your fingers are angled down, that’s what’s causing those tendons to stretch over the bone.”

There are no statistics on the number of women afflicted, but Dr. Catalano estimates that he sees two to three new patients a week with DeQuervain’s Tendonitis.

Dr. Catalano said that when picking up or holding a baby, it is important to keep the wrist straight, not angled down or in an awkward position. Those who do develop symptoms should seek help immediately, before they get worse.