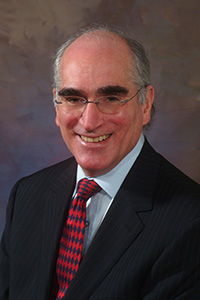 Dr. Glickel is a prominent orthopedic hand doctor who is devoted to surgery of the hand, wrist, forearm, and elbow with a particular interest in Dupuytren Disease, arthritis reconstruction, trauma, nerve compression, elbow surgery, arthroscopy and sports injuries. He was Director of the CV Starr Hand Surgery Center from 2001 to 2016, and is currently the Director of Hand Surgery at The Roosevelt Hand to Shoulder Center at OrthoManhattan and a Clinical Professor of Orthopedic Surgery at NYU Langone Medical Center.

Dr. Glickel received his Doctor of Medicine degree from Harvard Medical School, after which he did an internship and residency in General Surgery at Columbia Presbyterian Medical Center in New York. He completed a residency in Orthopedic Surgery at the Harvard Combined Orthopedic Program which included the Massachusetts General Hospital, Brigham and Women’s Hospital, and Boston Children’s Hospital.

After residency, he returned to New York and did a Research Fellowship in Microsurgery at Columbia Presbyterian Medical Center followed by a Fellowship in Hand and Reconstructive Surgery at St. Luke’s Roosevelt Hospital Center with J. William Littler, M.D. and Richard G. Eaton, M.D.. He joined the staff at St. Luke’s Roosevelt Hospital Center in 1984 and was Director of the Hand Surgery Service from 2001 through 2016.