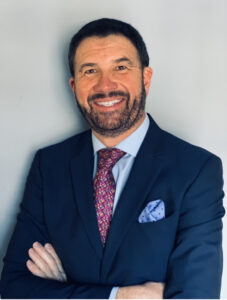 Dr. Keith Raskin is a renowned hand surgeon with over thirty years of clinical experience in hand, wrist, and elbow surgery in Manhattan, New York. He was both the former Chief of Hand Surgery and Director of the Hand Surgery Fellowship for the Department of Orthopedic Surgery at New York University Medical Center. Dr. Raskin performed countless finger, thumb, and hand reattachments as one of the original orthopedic hand surgeons on the Microsurgical Replantation Team at Bellevue Hospital.

Having completed many years as a Clinical Associate Professor of Orthopedic Surgery and responsible for training the exceptional residents and fellows at NYU, Dr. Raskin successfully established the Raskin Center for Hand, Wrist and Elbow Surgery,as well as co-founding Surgicare of Manhattan, one of the original free standing Orthopedic Ambulatory Surgery Centers in New York City. Most recently, Dr. Raskin has joined the outstanding orthopedic surgeons at OrthoManhattan, adding to one of the most comprehensive multispecialty orthopedic practices in the country.

Dr. Raskin has a specific interest in Dupuytren’s Disease of the hand and is one of the original surgeons performing the Needle Aponeurotomy Procedure for this condition since being brought to this country.  He is a founding member of the Dupuytren Foundation and is on the Board of Directors for the Dupuytren Research Group in search of the genetic biomarker and ultimate cure of this disease.

Dr. Raskin has additional interest in sports injuries (hand and wrist), fractures (hand, wrist, and elbow), arthritis (base of the thumb and wrist), tendon and nerve injuries, carpal tunnel syndrome, trigger fingers, and tennis/golfer’s elbow. He was one of the original surgeons performing wrist arthroscopy for soft tissue injuries which has greatly reduced recovery time with reproducible results.

Dr. Raskin has successfully treated countless professional and amateur athletes, musicians, artists, sculptors, actors, and surgeons for potential career-ending injuries and conditions. He has appeared on NBC, ABC, CBS, FOX, CNN and featured in The New York Times, Los Angeles Times, and Forbes Magazine to discuss his opinion regarding the management of sports injuries, fractures, soft tissue injuries, and nerve conditions of the hand and upper extremity.

Dr. Raskin received his MD degree at George Washington University School of Medicine with recognition of his work in acceptance of the prestigious Julius S. Neviaser award for outstanding medical student in orthopedic surgery. He completed his internship in general surgery and residency in orthopedic surgery at New York University School of Medicine. He then continued his training in hand and upper extremity surgery under the guidance of Johns Hopkins University faculty at  Union Memorial Hospital in Baltimore Maryland.

Dr. Raskin has over 150 local, national, and international presentations with over 50 publications on Hand and Upper Extremity Conditions. He has been an active member in a leadership role for the American Society for Surgery of the Hand and other professional organizations. He has served on several surgical editorial boards and the Question Writing Task Force for both the orthopedic and hand surgical board examinations.

Dr. Raskin is an avid golfer and has been named to the Top Doctor Golfers in America as featured in Golf Digest.

Harness NG, Jupiter JB, Orbay JL,Raskin KB, Fernandez DL: Loss of Fixation of the Volar Lunate Facet Fragment in Fractures of the Distal Part of the Radius. J. Bone and Joint Surg. 86A:9, 1900-08, 2004.