Published on January 10, 2019 by Ortho Manhattan 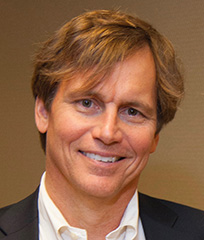 Dr. Alton Barron, upper extremity surgeon and music fanatic, recently spoke with Austin’s American Statesman about the Musician Treatment Foundation that he founded and the importance of treating the injuries of our local professional musicians.

The Musician Treatment Foundation was started by Dr. Barron in October of 2017. MTF provides surgical and related care for the shoulder, elbow, and hand injuries of uninsured professional musicians so they can maintain their livelihoods and keep the music playing for us all. On average, professional musicians spend over 90% of their time performing live on the road, away from personal and medical support systems. Injuries can arise at any moment from the repetitive intensity of playing instruments, and from unexpected accidents. MTF is dedicated to fostering a world that cares for its injured musicians regardless of their ability to pay.

Dr. Barron spoke with The Austin American Statesman about why he felt called to start the foundation:

“I’m a huge fan of music. As a student from 1979 to ’83 and then after, we could and did go to “Austin City Limits,” because it was easy to access with our student IDs where it was recorded in the communications building on the UT campus. I think it only held a few hundred people. But the Broken Spoke, Armadillo World Headquarters, Hole in the Wall and many other venues were instrumental — no pun intended — in feeding my love of Austin music. To be able to give back to some of the very musicians I listened to and who so enhanced my life is a profound honor for me.

In 1996, I joined the oldest teaching hand surgery service in the country, Roosevelt Hospital, a few blocks from Lincoln Center, and we were the primary orthopedic shoulder, elbow and hand surgeons for the New York Philharmonic and Metropolitan Opera musicians. This naturally expanded to the Broadway musicians, and then on to jazz and rock ‘n’ roll musicians, music schools, etc.”

When asked splitting time, Dr. Barron said this about NYC:

“I love New York — the diversity, the energy, the streets, the belief that absolutely anything can happen for anyone. I have been deeply involved in all things New York, including co-founding Team Continuum, a cancer charity that raises money through the New York City Marathon and other races, and serving as a team doctor for Fordham University for 15 years.”

Read more about Dr. Barron’s conversation with The Austin American Statesman here. You can book an appointment with Dr. Barron here or by filling out a contact form in the right margin of this page.