Using Your Hands to Heal Your Head | Dr. Barron Speaks to Everyday Health 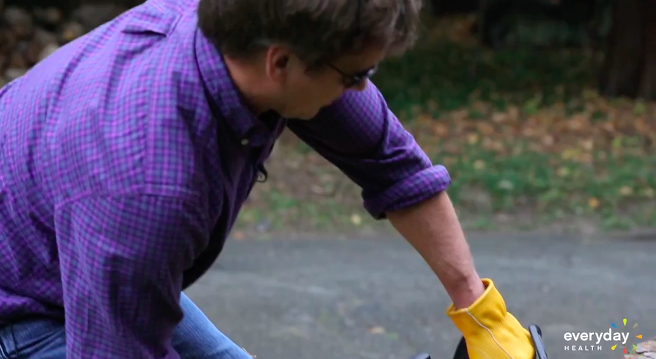 A psychiatrist and a hand surgeon say to beat depression, it helps to get your hands dirty. Dr. Alton Barron, an experienced surgeon from OrthoManhattan and Dr. Carrie Barron, a renowned psychiatrist both speak to Everyday Health about the phenomenon.

“People started coming in and talking about activities they had done with their hands over the weekend that had lifted their mood,” Carrie says. She remembers one patient who was struggling with depression: “Something broke in his apartment and he fixed it and he just felt euphoric.”

Alton saw the other side of that equation — people who lost the use of their hands after an injury. He witnessed “the significant mood depression that occurs when people lose the ability to do what they need to do.” He saw that not only in craftspeople who made a living with their hands, but also in ordinary people who could no longer cook a meal or tie their shoes.

Those observations evolved into a book they wrote together and called “The Creativity Cure.” They call it a “prescription” for avoiding and alleviating depression.

They say it is no coincidence that modern people use their hands less than our ancestors, and also experience higher rates of anxiety and depression. More than half of the brain’s cortex is mapped to the hands. That’s evidence, Alton says, that our hands need to be engaged for our brains to be healthy.

“Really it’s a form of lifestyle medicine, or preventative medicine,” Carrie says. Alton goes further: This is “a matter of life and death,” he says. “We need to be using our hands to keep stimulating our brains.”