Published on July 6, 2017 by Ortho Manhattan 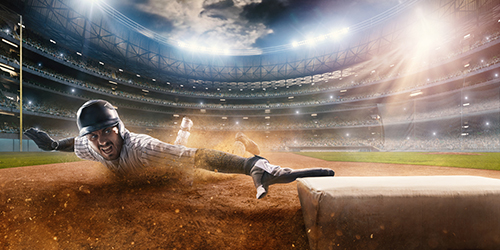 Gleyber Torres has been the most talked about Yankee minor leaguer this year, close to being brought up to play 3rd base, when he slid into home plate headfirst and sustained a season-ending elbow injury to his non-throwing arm. He is supposedly undergoing “Tommy John” surgery and should be ready for next season.

What is Tommy John surgery? The medial collateral ligament of the elbow is the critical stabilizer for the elbow when we are throwing overhead. The more forceful and high-level our throwing motion is, the more important this ligament becomes. Once torn, a competitive throwing athlete, has pain and loses velocity and cannot compete at the highest level. Historically, this was a career-ending injury until Frank Jobe, a brilliant orthopedic surgeon in California, reconstructed this ligament and saved the career of the professional pitcher, Tommy John.

Since then, thousands of throwers have had their elbows successfully reconstructed and their careers salvaged. However, the procedure that we now do to reconstruct this medial collateral ligament, has evolved with many important modifications since Jobe’s seminal reconstruction, and most of us do not refer to this as a Tommy John procedure since it is so different.

For most of us who are not competitive throwing athletes, this ligament is only a secondary elbow stabilizer and does NOT need surgery for us to lead a normal and active athletic life. In fact, many high-level athletes do not need theirs reconstructed either if it is there non-throwing arm or if they are not throwing athletes.

Which brings us back to Gleyber Torres, who acutely tore his non-throwing medial collateral ligament. From the injury video, it looks as if he sustained a notable near-dislocation of his left elbow. Given that this is an acute traumatic event, it is likely that his doctors feel that an acute repair/reconstruction of the ligament will more likely lead to the best elbow with no residual problems next season. Given that this is not his throwing arm, his recovery will be much faster and without knowing more specifics of the injury, I would predict that he should be ready for spring training!