A 75 year old female presented complaining of five months of progressive lower back and bilateral lower extremity pain, left greater than right. At the time of presentation, her symptoms were severe and debilitating preventing her from standing for periods longer than ten minutes.

On examination, she was found to have painful, restricted lumbar range of motion and positive sciatic nerve stretch testing of the left lower extremity. 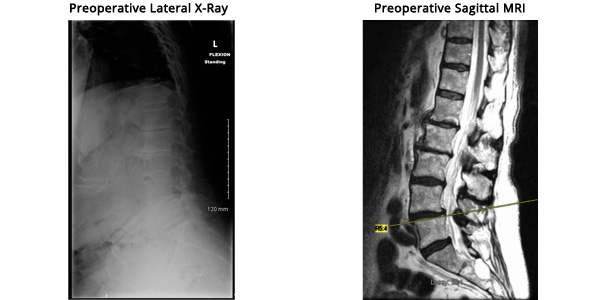 She was diagnosed with a L4-5 grade 1 degenerative spondylolisthesis with facet arthritis and mild-to-moderate spinal stenosis.
Her pre-operative MRI showed: Severe L4-5 foraminal stenosis resulting in compression of the exiting L4 nerve root and sciatica. It also showed L4-5 Spinal Stenosis and facet joint arthritis with fluid in the right facet joint. 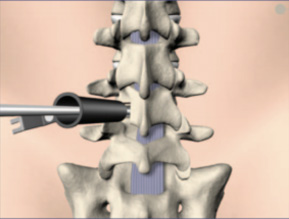 As shown above the MIS TLIF and Laminectomy are performed through a tubular retractor 22-26mm in diameter.

This procedure allowed for reduction of the slippage at L4-L5 and realignment of the spine. It also allowed for decompression L4-5 neuroforaminal stenosis so that there was space created for the exiting L4 nerve root.

Before and After Images 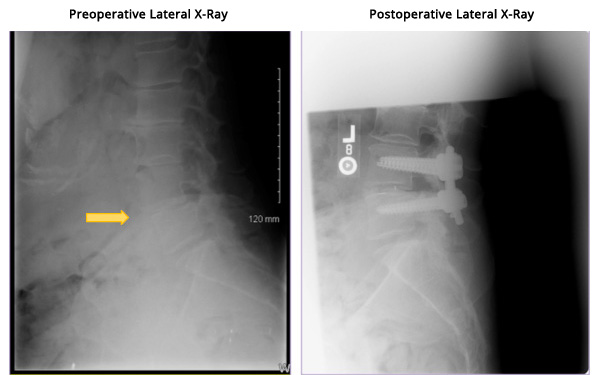 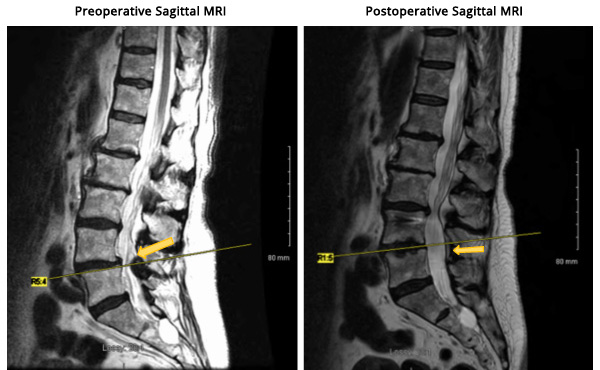 The L4-5 spondylolisthesis has been reduced with MIS TLIF and spinal instrumentation. The spine has been realigned. The spinal stenosis has been decompressed with a minimally invasive laminectomy.

The preoperative L4-5 neuroforaminal stenosis has been thoroughly decompressed.

The patient experienced resolution of her lower extremity and lower back pain. She commenced formal physical therapy after six weeks of recovery and gradually returned to a regular lifestyle. 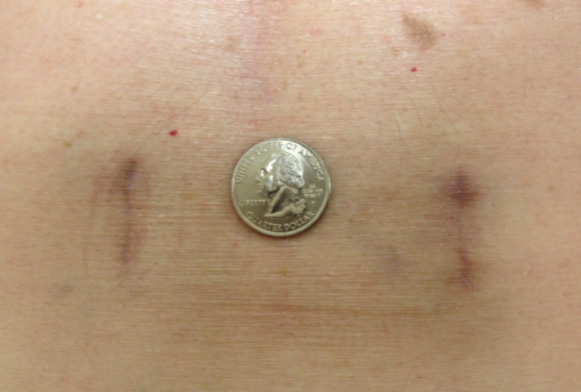