Published on October 9, 2018 by Ortho Manhattan 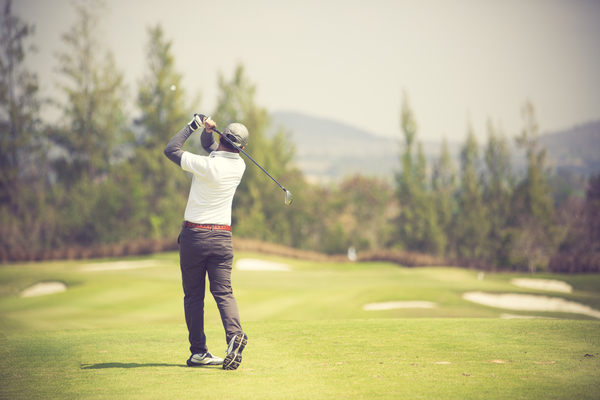 Brooks Koepka is currently playing phenomenal golf after being out for a wrist tendon injury. The injury was specifically to the extensor carpi radialis brevis tendon, aka “ECU” tendon, which is on the little finger side of the wrist and lies in a shallow groove in the head of the ulna bone (the small bony prominence on that side of the wrist). This tendon is held in place by a soft tissue tube called a sheath. If that sheath is injured, the tendon can slip and slide out of the bony groove (called tendon subluxation) and cause intense pain and weakness. The tendon can also become very inflamed (tendonitis) and even partially torn.

This tendon is critical for any athlete or hand-based worker who is repetitively gripping and twisting with force. Back in 2013, Dr. Barron spoke with Ed Randall on WFAN radio about Mark Teixeira’s ECU tendon sheath injury that kept him out of the Yankees lineup for many games. Toronto Blue Jays Jose Bautista had season-ending surgery that year for the same problem.

A related problem is currently holding back Yankee Aaron Judge from returning to the lineup, after he took a direct blow to his wrist that cracked the ulnar styloid bone on July 27th. This lies directly beneath the ECU tendon and is critical for power hitters who need maximum torque at their wrists to control bat position and speed. As Dr. Barron predicted when speaking with Ed Randall on his radio show a few weeks ago, the initial assessment that Judge could return in 3 weeks was well off the mark — as Judge is still out of the lineup.

Our team of orthopedic surgeons at OrthoManhattan recommend addressing these issues sooner rather than later. Ignoring the often rapid onset of sharp pain on the ulnar side of the wrist can mean a longer period of disability and a tough recovery.

If you’re experiencing wrist pain, schedule an appointment with us and we’ll get you back in the game!